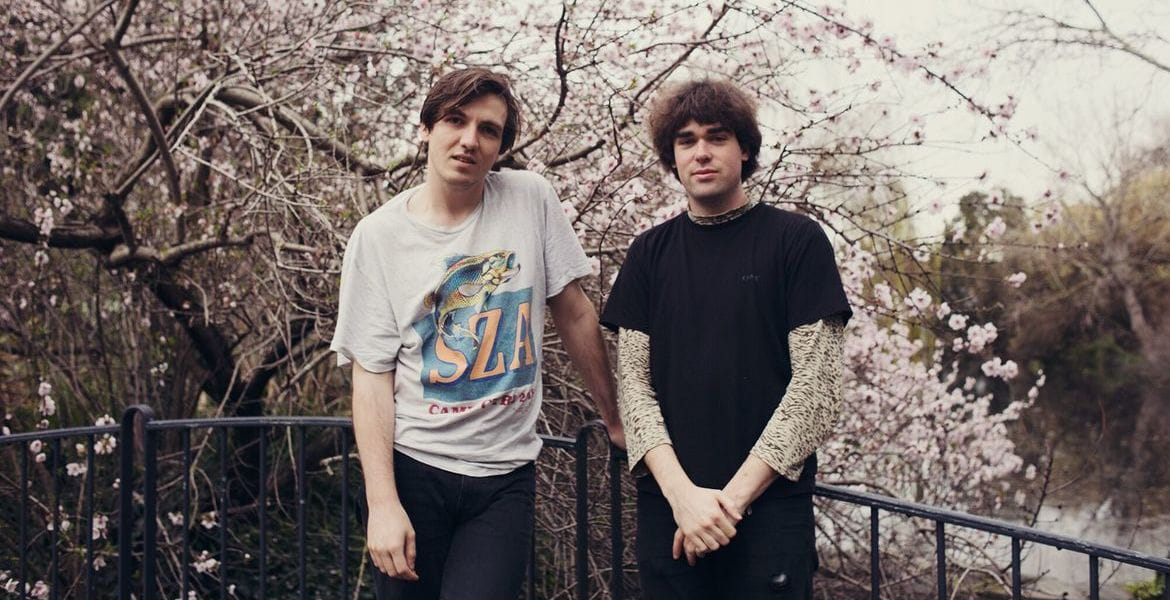 Recorded over 4 days in Matsumoto, Japan, at the end of a tour, Basketball Breakups was essentially made on holiday, in the middle of a humid summer, in a studio next to a 7-11. Guitars, bass, drums, keys and piano form understated rock arrangements, ever-effortless in Good Morning’s light, laconic way. The band’s founding members Liam Parsons and Stefan Blair, along with bandmates James McLeod and John Considine, sound truly at ease on these songs, which are almost all made up of early takes. Named after the blissful “breakup dinner” at the end of a junior sports season, when the team are treated to whatever they like from the menu at the local Italian restaurant, that spirit of communal joy and lowkey over-indulgence is alive on this album. While The Option was tightly rehearsed and made with the vision of true Rock Record in mind, Basketball Breakups was recorded while it was arranged, on digital and tape, never laboured over.

There’s a sense of on-the-fly intimacy on this album, not just because the single mic that’s picking up the drum kit probably picked up the bass and guitar amps too: Parsons and Blair share lead vocal and lyric duty, and these songs are privy to anxiety and anticipation, the good and the bad kinds of extended reflection, and what the band term Good Morning’s first “requited” love songs. Lead single “G arden” is interested in the fallacy that if we wait, what we want will come: the danger of being kept complacent, implying that things will change if we give them time; “Classic Quip” is a rebuke, seeing the kind of language that gets bandied around in

mens’ locker rooms and at the pub resonate through public discourse, and attempting to reckon with it; “Best Supporting Actor” is a love song of space and support; “But We’re Not There Yet” was an attempt at the same, that gave way to the kind of stress that a real romance begets.

Ultimately, Basketball Breakups shows Good Morning at their most candid, their most understated, and with wind chimes featured on every track. Not to be underestimated, Good Morning are making guitar music that deals in the poetics of everyday life with levity, grace and grit.