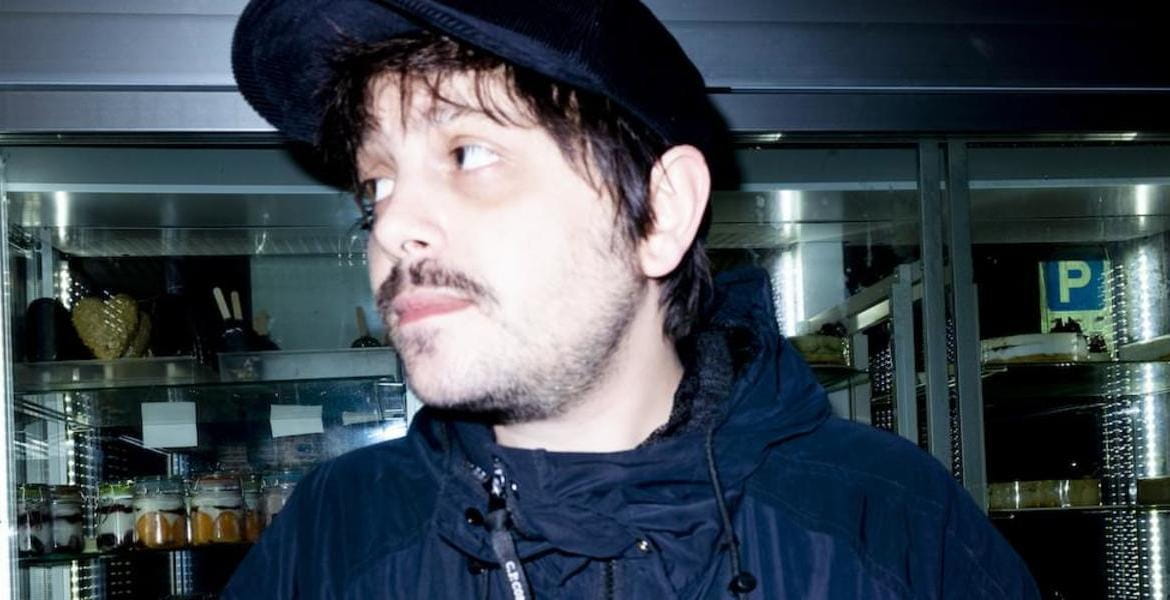 When Calcutta's debut album, “Mainstream” was released in 2015 via Bomba Dischi, the magnitude of its success took everyone by surprise. The first singles, Frosinone, Cosa mi manchi a fare and Gaetano told tales of longing, love and loneliness in a small world, the Roman neigbourhood where Edoardo D'Erme, aka Calcutta, was living at the time. “Mainstream” was a massive hit: Calcutta's infallible ear for a good tune and killer pop sensibilities, coupled with his lyrics, by turn harrowing and surreal, fully captured the mood of a generation. Suddenly, concert venues were filled with people singing their hearts out. Categories like “indie” and “pop” were rendered meaningless. Calcutta was everywhere and everything at the same time. Oroscopo, released in May 2016, made gold and was one of the biggest hits of the summer.
Orgasmo, the first single off his sophomore album, was released at the end of 2017 and was an immediate hit with over 10 million streams on YouTube, Spotify, Apple Music and Deezer. It rose to no. 5 of the Spotify chart and made the top 50 on EarOne's Airplay Chart. The beginning of February 2018 saw the release of Pesto, and by the time “Evergreen” was finally out, expectation was at an all-time high. The album was preceded by Paracetamolo, psychedelic pop at its best, an ode to the buzz of newborn love punctuated with an infectious guitar riff and propelled into infinity by the joyful shout of the chorus.
The summer of 2018 marked a turning point in Calcutta's live performances, with 30.000 people turning up to see him at Stadio Francioni, in his native Latina (about one hour south of Rome), on July 21st. On August 6th, he performed to a sold out Arena di Verona: the performance was turned into a concert film titled Calcutta – Tutti in piedi, shot and directed by Giorgio Testi, which showed in over 150 theatres all over Italy.
The stage is where Calcutta gives his best. Even when faced with an audience in the tens of thousands, he manages to convey a sense of intimacy with his fans through a bewitching mix of swagger and vulnerability, humour and heartfelt sincerity. His powerful voice and the strength of his live band [inseriamo i nomi?], along with state-of-the-art visuals, make each performance utterly memorable. After a short winter tour, Calcutta and his musicians have embarked on the summer leg of the Evergreen tour, which is setting hearts ablaze all over Italy.

“Some records are perfect for scoring any given moment of your day, blending seamlessly into anything you're doing. Whether it's Saturday morning cleaning or Monday morning Excel spreadsheet, it doesn't matter, they're always there. These are records full of important songs, because very few things can be with us at all times, without ever being in the way. The songs on Calcutta's “Mainstream” album are the exact opposite: they catch you unaware, tackle you and force you to do one thing, and one thing only: sing.” (Rockit, November 2015)

“One year ago, Edoardo D'Erme started on the path that over the course of about thirteen months led him from playing tiny venues in the Roman neighbourhood of Pigneto to selling out concert venues all over Italy. At twenty-seven, he seemed destined to sing for the loser generation, but he's going to have to think again: Calcutta has made it. In fact, he is the flag-bearer of the new Italian music scene that finally broke down the symbolic barrier between the indie and the mainstream, the big and the small, maybe even the old and the young.” (La Repubblica, 2016)

“Objects of unprecedented tenderness, supposedly (already) forgotten, vintage before theyìre heard, harrowing tales of human survival, Calcutta's songs come from radio sets and record players that play for no one. And for the one person who will understand a lyric like 'Yet you never come to mine/and anyway yours/is no Versailles'.” (Rolling Stone Italia, May 2018)